Trinity Nutrition Ltd. has been using ProPhorce™ SR for almost the entire period of its 10-year existence. During this time, various trends have emerged that made the industry adapt and ultimately change. John Wilson shares his insights on these trends and tells us why ProPhorce™ SR has managed to keep him satisfied for such a long period.

Megatrends in the livestock industry
During his more than 40 years in the animal nutrition business, John Wilson, managing director of Trinity Nutrition Ltd., has seen the industry change. Especially since he created his company, he has been gaining first-hand experience and insights into the megatrends occurring in the industry. When asked about trends in the industry, John has some ideas. He first mentions the “huge disruption in world trade, that’s been happening especially during the last year.” He explains that “it’s a major threat to the industry as there are huge price increases, cost increases, and limitations in the supply of products and raw materials.”

As a second megatrend, he brings up the global warming issue as a negative megatrend “which will result in the emergence of ‘food production basket areas’ around the world. John thinks that “these will be highly populated areas and will be flooded in the next 50 to 100 years.” His train of thought leads him from global warming to the challenge of meeting world food needs due to the overpopulation of our planet. According to John “it's a worldwide issue that makes the security of food become of greater significance and food production a lot more critical.” However, John sees the other side of this coin and, as one of the positive megatrends ruling the industry, he names “the improvements in efficiency, particularly broiler efficiency. Not just regarding their performance and feeding, but also genetics, which is important in keeping food production up to the levels that we need for our growing population worldwide.”

Last but not least, John talks about the biggest industry breakthrough in the last decade, “the improvements in the eradication of antibiotics” that is “a very good thing also for human health and is absolutely vital for the reputation of our industry.” Despite all the positive effects the banning of antibiotics has on the industry as well as on humans, it presents the challenge of finding other means of supporting the animal's welfare and performance. “We’re looking at other complex systems including elements like water hygiene, feed hygiene, and balancing the electrolyte system for the animal. There’s still a lot of tidying up to be done, particularly in the pig sector, but on the broiler sector the improvements are tremendous” says John.

The way gut health fits into these megatrends
“Gut health is absolutely essential and can't be overemphasized because an animal that's unhealthy in the gut is not a happy animal” is John’s strong opening statement as the subject changes to gut health’s role in the industry. Then he continues saying that “bringing gut health into the picture is key to what we can do as professionals. Research and development in this area are central to driving efficient production.” Not only because “the diets used in our industry are largely wheat-based diets and even though wheat can be quite the variable, there are always going to be challenges with feed quality” but also because “there are other factors linked to gut health, like feed hygiene, water management, dietary electrolyte balances or acidification in general.” John positions gut health as the most crucial factor in the industry and since “anything which improves it is of central importance to our production systems” it’s important to “get support from the ProPhorce™ SR type of products and other supports as well that strengthen the animal’s existence.”

John’s experience with ProPhorce™ SR
John has a long history of handling several types of products. “With my company, we've gone through quite a range of products from yeasts to medium-chain fatty acids.” Almost 10 years ago, John came into contact with butyrins and ProPhorce™ SR, which he has a high opinion of. “It's probably the most dramatic product we have in our range and one of the most reliable as well in terms of improving gut health and animal performance. I find the key to the product is its efficiency at what it does and its economy as it gives an economic return on investment invariably.” John’s seen a lot of the other products come and go in the market, but he says “there's nothing to touch ProPhorce™ SR.” After he finished sharing his perspectives on the long-lasting relationship with the product, John felt the necessity to direct the attention to Perstorp with whom his association has been very good. “It’s a company well worth getting involved with and I think there's a strong future for the type of products they're producing. And I know they will be developing products beyond the ProPhorce™ SR product range. So, there is a great future there.”

John views on the outlook of the industry in 2022
When asked about his visions for 2022, John mentioned two feed additives he sees would go under a change this year. One is the additives for use in water. He reckons that “there’ll be a contraction in these types of products for two reasons. One is the struggling industry in terms of getting animals off of farms and pricing and the other is the soar in prices of raw materials going into water additives. After the first six months of 2022, the market will recover and there will be a correction in pricing and a realization that the products can't be done without water additives.” The other is the ProPhorce™ SR type products where John sees growth as “it’s an economical product. It's very effective on its own and in some situations, it can effectively replace more expensive alternatives. So, I see the future for that particular product as being strong” indicating his confidence for a bright future. 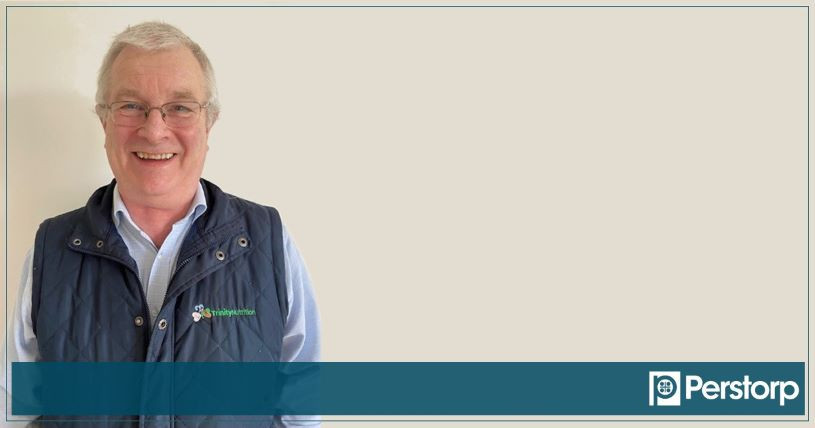