The love/hate relationship between aquaculture and antibiotics

So far this month you have seen that aquaculture is a rapidly growing industry with a long and fascinating history. Perstorp’s role to play in the aquaculture industry doesn’t differ a lot from what we can do for poultry or swine professionals. Our solutions offer different pathways to help keep animals healthy and as productive as possible. Antibiotics can do many of those things and more, however the threat of antibiotic resistance is becoming more evident every year. Aquaculture – like other animal protein production systems – needs to be wary of antibiotic resistance. However a different set of challenges appear because of the way the feeding takes place and how production systems are set up.

Aquaculture systems and natural habitats often use the same water
Aquaculture often consists of floating farms in natural reserves of water such as oceans or lakes. The natural water can flow through the housing of the fish. Feed is deposited in the water where it can be consumed before it sinks and may float away from the housing. So do antibiotics that are often dosed this way. So marine life near these aquaculture farms will be exposed to the antibiotics that are used. As such any potential resistance is not limited to the aquaculture enclosure. Up to 75% of antibiotics used in aquaculture may end up in the surrounding environment!

Resistance can occur a long way from the source of antibiotics
Not only can some bacteria close to the aquaculture farm become resistant, antibiotics or antibiotic resistant genes can travel quite a long way and be picked up by bacteria where you might not expect it. Antibiotics can be absorbed by plants and crops for example. If the water where antibiotics are dosed for aquaculture is also used to water agricultural lands, those crops could carry these antibiotics with them – opening up the possibility for other bacteria to develop resistance.
Bacteria that have built up a resistance to antibiotics can migrate too. Through feces that is used for fertilization for example. But they also actively share their antibiotic resistant genes with their environment. This genetic material too can travel and be assimilated by bacteria that consider this resistance to antibiotics useful.

Responsible usage is key
All of the above are good reasons to try to reduce the use of antibiotics in aquaculture to when it is necessary. Similar to most modern pig and poultry production systems. Thus making sure that antibiotics work when they are truly needed to uphold animal welfare and heal sick animals.
We may be able to help facilitate the transition to this way of working. Contact your local Perstorp sales manager if you would like to have a dialogue about what we can do for you in aquaculture. 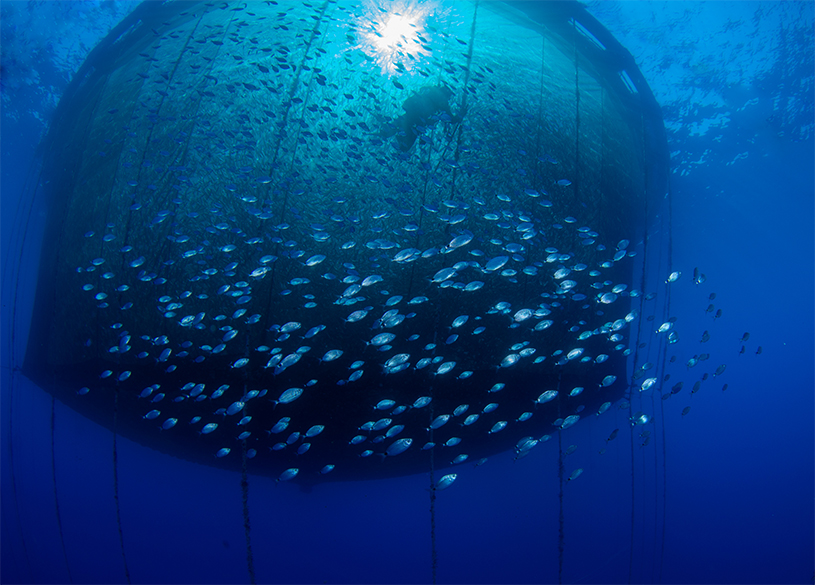