The changing landscape of gut health

Professor Richard Ducatelle is the head of the laboratory of veterinary pathology at Ghent University in Belgium. He gives us some insight into what’s going on in the world of gut health, and how we can ensure a positive future. 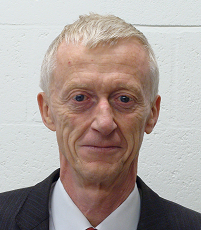 “Intestinal health is a hot topic, not only in the animal feed industry but in all links the animal production chain, from the plants right up to the human consumers”, says Richard Ducatelle.

“Surprisingly, human food producing companies don’t seem too concerned at the moment, but research shows that there is an increase in gut health issues in people, to the point where it’s considered an epidemic of the 21st century”, he continues.

There’s an increase in people that have serious gut health issues, classified as inflammatory bowel disease. There are two main types: main, Crohn’s disease and ulcerative colitis. Then there are huge numbers of people who have irritable bowel syndrome (IBS) too, which aren’t classified as disease but are still serious. Around half of the world’s population have some form of this issue, so we’re talking billions of people.

“Animals suffer from the same complaints, both on farms as well as horses, dogs and cats. In dogs and cats the issues can be as severe as in humans. One of the bigger problems is that the treatment for the more serious diseases is immunosuppressive treatment, which causes issues in the long term by weakening the immune system against all invasions.”

“Some of it is genetic, but it’s increasing regardless of any sort of genetic selection. This suggests that it’s a lot to do with the food.”

How has feed and food had this effect on gut health?

problems is that the treatment for the more serious diseases is immunosuppressive treatment, which causes issues in the long term by weakening the immune system against all invasions.”

“Some of it is genetic, but it’s increasing regardless of any sort of genetic selection. This suggests that it’s a lot to do with the food.”

“We are producing crops based on productivity and yield, and this is achieved partly by genetic selection, making the plant produce larger cells for higher nutritional value. We are also harvesting the plants younger, as they grow faster now than in the past. Larger cells and younger plants mean thinner plant cells walls. The effect here is insufficient cell wall materials in food for animals and humans.”

“Everyone wanted to get rid of the cell wall content, as we don’t digest it directly, so it was thought that it had no real benefit. However, they are used by the microbes in the intestinal tract, where this material is metabolized and in turn creates nutrients for us and maintains a healthy balance of microbes in the gut.”

“This shift in the diet composition causes a shift in the different species of microbes multiplying and living in the intestinal tract of the human or animal. It’s creating an imbalance which is called dysbiosis.”

“These microbes get less of their normal nutrients, and there are too many digestible nutrients consumed, but not all can be digested so they end up in the intestinal tract instead. This leads directly to dysbiosis, which is the cause of the increasing gut health problems.”

“It wasn’t much of a problem previously, as the use of growth promoting antibiotics was common. This practice was started because scientists accidentally discovered that with a little antibiotic, dysbiosis was inhibited. Since then, the realization that that this was the starting point for multi resistant microbes, meant we needed to stop using antibiotics as growth promoters. The reduction in antibiotic use led in turn to the rise in dysbiosis, as the diets remained the same, but the balance in microbes changed.”


What can be done to solve the problem?

“Some people think we need to go back, that if we eat older plants without the genetic properties to grow fast, this will solve the problems. Technically it’s true, but you can’t go back as the new, intensive farming techniques have allowed us to survive. You can’t go back to older, more time intensive methods as it won’t produce enough food.”

“The problem is, it’s such a complex environment. There are ten times more microbes in our intestines than there are cells in the human body. The microbes were there long before animals or humans have evolved in a world full of microbes, so there was co-evolution. We have evolved, and they have evolved with us. 99% of microbes in the tract are good for us, so we co-exist and have learned to live with each other.”

“Because of the new tech available, we have exponentially generated more valuable info. What we know now, compared to ten years ago is huge. But it’s still only a tiny fraction of knowledge compared to what actually goes on in the intestine.”


Is this what you’re researching at the moment?

“We’re investigating the bacteria and microbes. They need nutrients, and have metabolites, just like anything else. The metabolites that are shed by some bacteria are then taken up by others, and this is called cross-feeding. At the end of this chain, these end metabolites are not used, but they are signaling molecules that can be sensed by the hosts. These metabolites are things like  short chain fatty acids (different to the ones we are familiar with), which tell the host that everything is ok and running smoothly.”

“The key to gut health in the future is bringing back the balance, and this can be done by extensive research, as well as introducing additives to feed which rather than killing bacteria, promote the natural balance in the gut. We need to find ways to support the physiological mechanisms that underline normal digestion and take advantage of natural signaling molecules that stop any overreaction from the immune system. It’s about making the intestinal tract tolerant in a natural way.”

“There’s still a long way to go, and this is ongoing research where there’s a lot to discover, but we’re on the right track. If you look at the total population you need to accept that we can’t go back to the way it was, as then you’d need to destroy even more rainforests for farming.”

“What we need to do is used the best of our knowledge to make improvements and make the approach sustainable. A sustainable approach to intensive farming that can help everyone”, says Richard Ducatelle.