There are different types of organic acids that can be produced for specific use for animals, in this article, we’ll take a deep dive into the acids that especially can be used for drinking water

But why would you want to add acids to the drinking water of your animals?

Bacteria usually like living in watery environments, the pH is very important for their optimum activity. Salmonella for example likes everything between 5 – 8 pH and dies if the pH is lower.

Water is the most important product for all life on earth, but, it is also a carrier for infectious bacteria.

For example: Water is a source of infection, at least 30% of our worldwide water is not qualified (animal health service NL), sick animals, even getting sick from the water, will first stop eating before they stop drinking.

There are different treatments for fighting these bacteria. One of them are inorganic acids. They have a different ways of working and are good in lowering pH, but cannot enter the bacteria themselves so do not have the direct effect of killing the bacteria. The effect that acids can give is caused by the amount of H+ ions they can release. One of the acids that is used for this focus area is Butyric acid. This is an acid which also is naturally produced in the gut of healthy animals and can be added to feed or drinking water and therefore assist in the animal’s well-being. 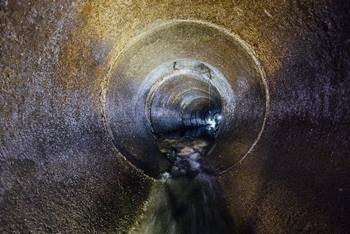 For drinking water applications Perstorp has done research to create the best mixtures for drinking water application. These mixtures are focusing on lowering the pH below 4 to ensure that pathogenic bacteria have no chance. The optimal and high concentrated mixtures of organic acids contain essential oils to increase the antibacterial effect. An addition of butyric acids to stimulate the gut throughout the intestinal tract. In the Netherlands a research has been done by an independent research center at different farm types. They measured all bacteria (colony forming units) at different places in the farm. For all species the drinking water was above the set limits for hygienic drinking water.

As said before, the pH has an effect on the environment of the bacteria and can reduce growth when pH is low enough. At a pH of 4 pathogenic bacteria are very uncomfortable. Therefor to lower the growth of even the number of bacteria in the water the pH of the drinking water should be lowered to 3,8. This in order to make it very uncomfortable for the bacteria to live and for the animal to keep on drinking the water.

On a large scale a practical experiment was conducted in France by IFIP, the pork institute. Three farrow to finishing farms were selected that were heavily infected with Salmonella. Salmonella infection level was measured by analyzing the antibody levels in the meat juice after slaughter. In total 360 samples were analysed. Farms were treated with ProPhorce Exclusive in the drinking water during 3 fattening periods (9 months). ProPhorce Exclusive was dosed at 1 ‰ during the whole fattening period. Samples were taken before, during and after the treatment period. There were no negative control groups.
It was found that on all three farms ProPhorce in the drinking water led to a substantial and statistical significant reduction of the Salmonella infection.

If you want to know more about our drinking water products? Feel free to contact us about this!