In an article by Poultry World, Koen Schwarzer, Innovations Manager at Perstorp, discusses gut health in general and the latest solutions to improve it. Read the full article below.

It has a pivotal point in animal husbandry, but ask a group of scientist to come up with one all incorporating definition of gut health, and they will struggle. The constant quest for gut health improvement does lead to an ongoing deepening of knowledge and the subsequent discovery of new feed additives.

With the need to increase animal production efficiently, using only the minimal amount of natural resources, performance of the intestinal tract is essential. Also, keeping the gut healthy reduces the amount of preventative and curative antibiotics needed, which is important from a societal point of view as well as from a farm sustainability standpoint. Gut health will gain more and more importance as research will reveal knowledge that is more viable.

Within the feed additive industry there is an ever growing need for immune competence improving additives. The development of new molecular tools for the global assessment of the gut microbiota and the interaction of the biota and the immune system exponentially increased the understanding of gut health. Companies and universities all around the world run in vivo and in vitro tests discovering the inner workings of the gut. Key to understanding the complex mechanisms that maintain gut health appears to be the gastrointestinal barrier, adjacent to the microbiota. It is clear that an impairment of the gastrointestinal barrier can increase the risk of developing infectious, inflammatory and functional intestinal diseases, as well as immune-mediated and metabolic disorders. “Despite the growing knowledge of what gut health is, there are still many unanswered questions. This is understandable because next to the exploration of the universe, the gut is one of the most complicated and challenging research domains science is focusing on,” says Koen Schwarzer, innovations manager at Perstorp. He is at the forefront of developing new molecules, analysing, testing and marketing them for better animal development and performance.

In the last three decades there has been an increase in the use of organic acids for better digestion and in the last years as substitutes for antibiotic growth promotors. The trend was mainly fuelled by the fear of antibiotic resistance and the negative implications on human health. Organic acids and their salts have been used in animal diets and drinking water for decades and have proven themselves to have a positive effect on growth performance. Schwarzer: “Out of all the organic acids we researched, butyric acid stood out as the most effective for improving gut health and performance” However, the usefulness of the so called first generation butyric acid salts wasn’t great. Their quick release made effective uptake difficult and the products smell made processing in the feed mill an unpleasant procedure. Coating the salts with fat, second generation, did away with the negative sides of the acids, but made the product less concentrated and more costly. The currently used third generation esterified products make the acids both useful and efficacious. It is in this form that butyric acids are getting established for the effect on the gastrointestinal tract, nutrient digestibility and for the prevention of certain enteric diseases in poultry, as well as improvement in immunity and performance in multiple animal species.

In using organic acids a more or less pronounced antimicrobial activity was witnessed, depending on both the concentration of the acid and the bacterial species that is exposed to the acid. Schwarzer: “Of course, this sparked a lot of attention in the domain of research. Since several years, Perstorp has been very active in trying to find out the mechanisms, functions of the digestive tract and its relation to gut health.” This explorative research is conducted in close cooperation with the University of Ghent (BE) and the Southern Poultry Research Group in Athens (USA), as well as with other universities and institutes all over the globe. It was in this quest for deeper understanding that researchers started to look further in what was commonly known as the ‘forgotten’ acid. Scientifically known as C5-H10-O2, the last of the short chain fatty acids, Valeric acid, wasn’t on the radar as a possible feed additive. That said, it was in the product streams of the Perstorp acid division and recently included in the Butyric acid research models. Schwarzer: “Valeric acid has the same challenges as Butyric acid, when it comes to smell and handling limitations. However, with our knowledge of esterification we were able to overcome all fallbacks.”

Research has shown that Valeric acid interacts with the clostridium perfringens bacteria. The ‘forgotten’ acid showed a bacteria growth slowing effect and an inhibiting effect on the bacteria’s excretion of harmful toxins such as NetB, which triggers the lesions in the gut wall. “Further R&D work is underway to look at other beneficial effects of glycerol esters of valeric acid (ProPhorce™ Valerins). For the in vivo trails specific well established challenge trails have been set up to study the effect to control for example necrotic enteritis and salmonella. To screen molecules for their effect an mode of operandi, existing and new developed in vitro experiments have been used”, says Schwarzer.

It is clear that no new antibiotics will appear on the scene for usage in animal husbandry and existing use must come down. In rearing livestock the health and performance has to be addressed differently, whereby nutrition, management, digestion and prevention of disease will play a significant role. Organic acids and their derivatives will gain more in importance as they are used for reducing the risk of contamination with certain pathogens and assisting in the digestion of feed and utilisation of nutrients. Butyric acid has a long and strong reputation as a health stimulating additive. Its effect can be explained by the increased nutrient digestibility, the stimulation of the secretion of digestive enzymes, a modification of intestinal microbiota and an improvement of epithelial integrity an defence systems. In the digestive tract, butyric acid can act directly or indirectly on the repair and development of the gut wall cells. It also effects bacterial virulence, both by direct effects on virulence gene expression and by action on cell proliferation of the host cells. In applying butyric acid as a feed additive it has proven to be beneficial as it enhanced performance and controls gut health disorders caused by bacterial pathogens. Schwarzer: “As with the recent trails showing the benefits of Valeric acids, future research will certainly reveal more possibilities of appropriate application of different forms of organic acids.” 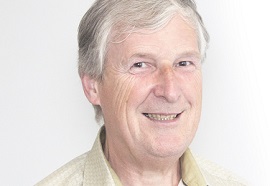 Koen Schwarzer works at Perstorp’s innovations department which employs around 70 people. Perstorp has produced and marketed organic acids for the agricultural industry since the 1960’s. Starting off with organic acids for preservation, Perstorp added feed acidifiers to its portfolio in the early 2000’s, and more recently added glycerol esters of butyric acid and valeric acid for improving gut health and performance.

The following article is taken from:
http://www.poultryworld.net/Nutrition/Partner/2017/6/Discovering-the-inner-workings-of-gut-health-139086E/