United Nations (UN) are reporting population growth, ageing and climate change as some of our biggest Global Issues. 3D printing is one of the most rapidly growing technologies with expected growth rates of more than 20% per year between 2020 and 2025. In this article, you learn more about how the technology could be used to address the global issues.

How can 3D printing be used to address some of the global issues?

Nations (UN) reports one of the global issues as the growing population. UN expects the world population to reach 9,7 bn people by 2050 compared to 7,5 bn today. To sustain this population resource and cost efficiency will be key. 3D printing is a technology enabling a very efficient production when it comes to limited number production runs. You can produce customised products on demand reducing the risk of “over producing” items that will be stuck on inventory and hence end up wasting resources on products never used.

United Nations (UN) reports that the average sea level is expected to rise 30cm by 2065 due to climate change putting land that is today urbanized under water. The transport sector is a big contributor to the release of green house gases contributing to the climate change. 3D printing enables a much more efficient production of e.g. special spare parts for cars, again minimizing resource waste. Also the part itself can be made more efficient thanks to possibility of a “honeycomb” structure reducing the weight while keeping structural strength of vehicles, improving car performance and increasing fuel efficiency.

UN reports that by 2050, one in six people in the world will be over age 65 (16%), up from one in 11 in 2019 (9%). An ageing population increases the demand on good efficient healthcare. 3D printing technology is already today enabling better healthcare. Some examples are customization of prosthetics and bio-printing of human-sized bones and muscles. Parts that before would take weeks or even months to produce can now be produced in the hospital while the patient waits. Another application is to print out models of organs enabling surgeons to prepare for complicated surgery. The dental industry was one of the early mass adopters of 3D printing, again using the great benefits of producing customized prosthetics and other aid in short amounts of time.

We are not convinced that 3D printing will make a significant difference to the global challenges in terms of handling population growth etc. However, every little aspect helps and such it can be a partial solution, which we obviously are glad to support with our range of products (TMP, NEO, Penta, Di-TMP and Di-Penta) that are used as pre-cursors for acrylates in resins for 3D printing. Perstorp’s range of CuraliteOx™ is a performance and reactivity booster that many 3D formulations would not want to be without. 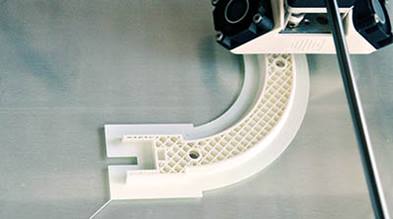