Inauguration of PetroPort at site Stenungsund

Inauguration of PetroPort at site Stenungsund

The port company in Stenungsund owned by Perstorp with Borealis, PetroPort, was inaugurated last week. The official inauguration was done in the presence of around 150 guests. PetroPort is the recently built industrial port in Stenungsund, which is owned by Perstorp and Borealis. The 245 meter long pier can accommodate vessels up to 170 meters long and deal with various kinds of products in both liquid and gas form. These include liquid rapeseed oil for Perstorp's production of the biodiesel RME - and later in the process, the finished product RME as well. Propionic acid is the best known product in the agricultural industry that is produced at site Stenungsund.

The new industrial port has been used since January this year when the first vessel called at the newly built pier. 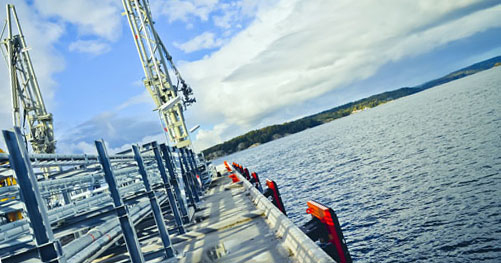