The emergence of smart farms

The health of livestock is vital for the farming industry. We spoke to Karen Heuvelmans at RaboResearch to find out how advances in technology are set to improve life on farms in 2018, and beyond.

In order to analyze the performance of Feed and Food, and where the market is likely to go, it’s important to look at this industry in the wider context of farming in general. Karen Heuvelmans, Associate Analyst Farm Inputs at Rabobank shares her insights from 2017, and what the future looks like for 2018 and beyond.

Karen Heuvelmans works at RaboResearch for Rabobank, which is a global team focused on different subsectors in the global food & agribusiness industries. There, she’s part of the farm inputs research team, who looks at companies that produce inputs for crop and livestock farms, covering everything from seeds to products that are more focused on animal health. The team is based in all the major agricultural production areas, and have a presence of on-the-ground researchers in these areas.

What have been the major animal health trends 2017? 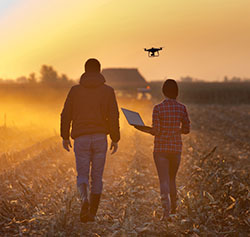 “There were some supply side crises in the EU that were unexpected. The fipronil issue in the poultry layers sector for example, where eggs seemed to be contaminated with an insecticide. Or the outbreaks of avian influenza, which affected broiler production across the EU.”

“Next to that, the dairy sector and pig sector have each had their ups and downs, driven by global supply and demand as well as specific local market dynamics. Feed prices were generally low, driven by bearish agri commodity markets.”

What are you expecting to happen in 2018?
“I expect to see continued growth in developing markets, like in Africa, the Middle East, Latin America and Asia. I also expect to see a lot of investment here from foreign companies trying to increase their global footprints and consolidate.”

”There will probably also be a continuation of markets critically examining the use of antibiotics as a growth promotor in feed. This year, we’ve seen two Asian countries added to the list of countries that no longer allow that – Indonesia and Vietnam. The EU has had a ban since 2006, with some countries implementing a ban even before that, but more are being added all the time. The US has applied similar rules since the start of 2017, so an increasing part of the sector is now moving away from antibiotic use for growth promotion, and are dedicated to finding alternatives.”

What are the major alternatives to the use of antibiotics? 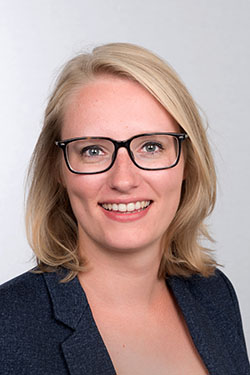 “I’m not a product expert, but we do see a lot of activity around alternative products like organic acids, mycotoxin binders, pre- and probiotics, phytogenics, and various other feed additives. There’s an entire range that’s still under development.”

“One thing the industry is realizing is that if you remove antibiotics, you have to improve your farm management in general. Antibiotics have often compensated for the effects of lower standards of management, so if you reduce their usage, this will require more attention for the general level of hygiene and animal health all over the industry.”

Are there any other trends emerging?
“The rise of precision livestock farming technology is very interesting. More attention in dairy and pig farming to technology that tracks the health and productivity of individual animals. This can be done through sensors such as ear tags, neck collars, or cameras and mics in livestock houses. Based on big data analysis, certain deviations in behavioral patterns exhibited can be picked up by these connected devices. A solution like this can for example help identify early warning signals for imminent disease.”

“In poultry farming, the technology is rather focused on the behavior of flocks, rather than individual birds, but the goal is the same. It allows the farmer to detect things that would be impossible to grasp just by walking through a house, but the tech can pick it up through recognizing data patterns. Especially as the average farm size increases, with more animals to manage per employee, this is a valuable tool.”

“That’s one example of a new tool that will become more and more common in the future, adding up to the emergence of the smart farm. This will grow over a longer time, but we’re already seeing some implementation today.”

How do the priorities differ between the markets?
“Some markets want the cheapest feed, whereas others are more focused on value creation. The thinking behind value creation is ‘how much will this feed improve the output of my farm?’ With that goal in mind, farmers are less focused on the lowest possible feed price, and more focused on quality and performance of the product.”

Where are you seeing the biggest growth?
“Developing markets, certainly. Latin America, Asia etc. Their regional growth rates are much higher than in mature markets like EU, where there’s not so much growth.”