Sometimes, it takes the removal of something to instigate and ignite a period of growth. For the feed and food industry in general, and for Perstorp, this has led to changes in the products people are buying, and advances in the science behind the products.

Sometimes, it takes the removal of something to instigate and ignite a period of growth. For the feed and food industry in general, and for Perstorp, this has led to changes in the products people are buying, and advances in the science behind the products.

Closures, breakdowns and more
Over the past few years, the prices of some organic acids, particularly formic acid, had been lower than in recent years, largely due to the fact that the global market had an oversupply driving prices to low levels. However, a stricter approach to enforcing environmental legislation in China forcing shutdowns and an explosion at BASF in October 2016 meant that, in the beginning of 2017, this was set to change. 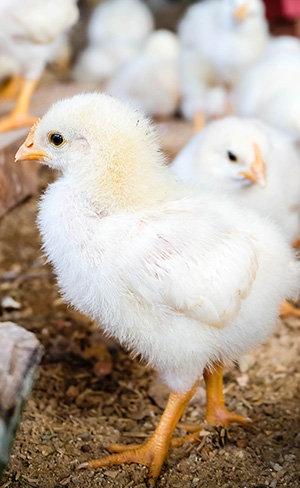 “2017 has been a turbulent year, particularly from a pricing volatility and supply perspective.” Says Jason Lorjé, portfolio director for Acid Solutions at Perstorp.
“Certain players exited the market, like some formic acid producers in China. Because China is getting tougher and tougher on the regulatory conditions, some big players had to close down. This had made the market very volatile, and prices on formic acid has more than doubled in the last year. It’s a total contrast to the end of 2016 when prices were going through the floor.”

The market is expected to stabilize in 2018, with some Chinese producers likely to be in a position to re-enter the market. While demand for Perstorp’s products have increased in recent times, it’s likely to be short term.

Jason continues:
“We expect for the first 6 months of 2018, prices will remain at the current high level, but beyond that it’s difficult to predict.”


Antibiotic reduction
One of the biggest drivers of change in the feed industry, and farming in general, has been the move to eliminate the use of antibiotics for preventative purposes. This has been banned in Europe since 2006, and the rest of the world is now starting to catch up. Antibiotic resistance is a huge issue facing the population, so it’s important that alternatives are found without the negative effects.

“If we look at Europe compared to the rest of the world, Europe is further ahead in this journey to reduce antibiotics.” Jason says. “This is because antibiotic growth promoters were banned back in 2006, so alternatives needed to be found. Antibiotics were originally meant to be antibacterial products, but they worked as growth promoters too.”

“The organic acid business has grown steadily in Europe since, but since the inclusion of these products has become standard, it now follows the general market growth in production animals and we aren’t seeing the growth rates we saw before.”

Although many countries are banning the use of antibiotics in feed, in the United States of America the landscape is a little different.
Jason says “In America, it seems to be a consumer driven demand, we’re seeing a rise in non-antibiotic produced meats being requested. This is due to consumers becoming more aware of antibiotic resistance, and demanding more ‘natural’ foodstuffs, rather than the process being led by legislation and regulations. As a result manufacturers are starting to go antibiotic free, as they try to meet consumer demand and see that as being the future of production.”

Antibiotic resistance is a huge issue, and today there are a number of multi resistant microbes, so it’s a growing issue. There’s a lot of discussion around resistance all over the world, and Jason feels that Perstorp is in a good place in this regard, saying “We’re in a good position, as one the cornerstones to antibiotic replacement is the use of organic acids, and we’ve been experts in this for a number of years.”

A world of consolidation

The way the feed industry works, and the agricultural industry in general, means that it can be difficult to grow profit margins. This is down to a number of factors, but companies that look to grow are seeing consolidation as the primary alternative.

“Margins on feed aren’t that high, so the big businesses getting bigger through acquisitions.” Jason says. “There are few companies that account for large parts of the world feed production, and this trend is likely to continue. The same is happening with farming, so you get larger farms, larger production units etc. We’re starting to see this in China, for example, things are becoming much more modern and efficient. Almost overnight they can build farms ten times the size of a typical European farm, so they’re maturing quickly.”

Again, this consolidation and growth can mean more opportunities for Perstorp, particularly in Asia. Jason explains, “They look to Europe for guidance as we have been down this path already, and European products have a good reputation in Asia. I think part of this is an antidote to the food scandals they’ve had, so they see European products as a proven alternative for this. Our products help prevent illness, and our products can help to mitigate hygiene issues, but the focus for this is really farm management, and Europe is seen as being on the leading edge in this respect. The controls we see in Europe are thorough, and help to maintain animal health as much as possible.”

Where Perstorp can stand out from the competition is with their experience. Jason says “We can help to bring know-how to the emerging markets by using our years of experience. European companies bring added value: knowledge as well as products, so it’s a win-win situation for the customer. This also gives us significant potential for improvement and growth.”

Jason continues, saying “Another key to offering further support to our customers is to demonstrate how our products and services will bring value to them.”

A good example of the added value Perstorp can offer to customers was an innovative initiative on the website. Jason explains, “Last year, we created several online calculators to show exactly what benefits our products have. If we can show the benefits like this, it’s easier for the customer to see and understand what we do.”