Perstorp is a historic company with more than 135 years of stories to tell. Join us, as we take a deep dive in the history of Perstorp.

A glimpse back in time

Did you know that Perstorp is over 135 years old? Perstorp was founded by Wilhelm Wendt, back in 1881, where the company had the name "Stensmölla Kemiska Tekniska Industri” (Stensmölla Chemical Technical Industry in English).

The myth of the mansion

Did you know that “Stensmölla” is also the name of the old mansion of Wilhelm Wendt? This mansion was built by Wilhem and can still be found at the plant these days! Today, it is used by personal visiting Perstorp. There is a myth that Wilhelm is still wandering the halls of Stensmölla and takes an occasional shower in one of the rooms.

The foundation of Perstorp

Did you know how Wilhelm started the company? In 1881, when Wilhelm Wendt started to build the little plant for dry distillation of beech wood and acetic acid in Perstorp, many shook their heads and were doubtful of his idea to “make money out of smoke”. Little did they know that it laid the basis for what over 135 years later would be the globally operating Perstorp Group.

Want to know more about the history of Perstorp? Get the full Perstorp history here>> 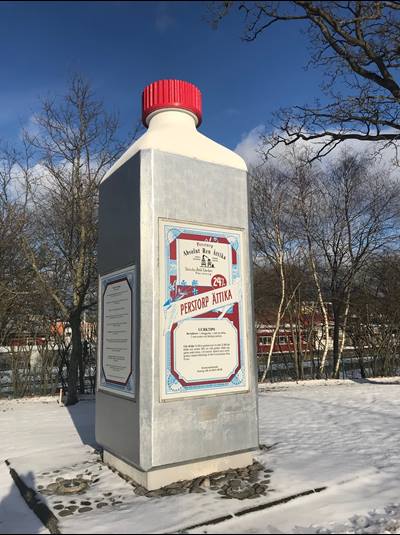 Perstorp Ättika bottle, showcased in the city center of Perstorp