Perstorp Open Innovation Challenge was launched in September 2015, to celebrate the 40th anniversary of our versatile Capa™ technology. For the challenge we focused on the product range for thermoplastic materials. In the summer of 2016, the winners of the challenge were announced to be the two brothers Kashyap and Chintan Gohel, with their concept innovation Flexii – for flexible furniture.

The winner, Flexii, is a concept for making furniture out of Capa™ Thermoplastics, which increases its versatility in design. The concept builds on the idea of franchise-like remolding centers where the plastic furniture easily can be remolded into new forms and designs. Flexii also incorporates the idea of combining Capa™ Thermoplastic with other materials to improve their properties, such as recycled timber, glass and other recycled materials. Overall, the remoldability aspect of Flexii and Capa™ reduces the need for disposal of used and broken furniture in landfills. Where it is not profitable to remold products, they can be fully biodegraded by composting them since Capa™ Thermoplastic is fully biodegradable.

Reflections of the past year
One year has passed, since the two brothers won the Innovation Challenge with their innovative Flexii concept. As winners of the challenge, they won a one-year mentorship from Perstorp’s Vice President Innovation Håkan Björnberg. In addition, the first prize included a visit to K-Fair 2016, the world’s largest plastic fair with travel and accommodation paid for by Perstorp, as well as a cash prize of 40.000 SEK, (approx. 4.300 Euro).

“The past year has been great for us, a lot of challenges arose which some we conquered and some we struggled with. And it was a learning curve about materials and design and how it contributes to the environment. To win the challenge was quite an honor. It means a lot because as students from Kenya, and by extension, most African countries, our ideas are rarely appreciated in developed countries. And therefore to win an international contest and get funding for prototyping and further developing our ideas was a gift like no other” Kashyap and Chintan explains.

“We had a great inspiration coming from the entrepreneurial drive from the winners bringing the idea forward. I think they have a good chance of turning this to business and Perstorp will always be there to support them. Having a design perspective on our Capa technology with beautiful prototypes also opened Perstorp’s mindset and creativity on new innovative usages,” Håkan says.

“From a personal relations standpoint, we have gained a lot of skills on networking and communicating ideas with potential investors, the public and friends in general. Design-wise, the Perstorp mentorship has opened our eyes on European thinking on design and the meticulousness of material development. Understanding the end-user has been quite helpful in designing products for markets,” the brothers adds.

Also, Kashyap and Chintan attended K-Fair 2016 together with the Perstorp team, which provided new insights in products and technologies for plastic, as well as inspiring new ideas for product applications.

Future perspectives
What the future holds is somewhat more difficult to anticipate, but the brothers agree that they walk towards an exciting future, with many new opportunities.

“This time last year we were not sure our ideas would win, and as such our future was attempting other design projects and moving on with our studies. But in the span of a week our fortune changed and we took a completely different path through Perstorp's Innovation challenge and the K-fair. So we can only hope that by this time next year we would have a young growing business in sustainable furniture and art products,” Kashyap and Chintan comments. 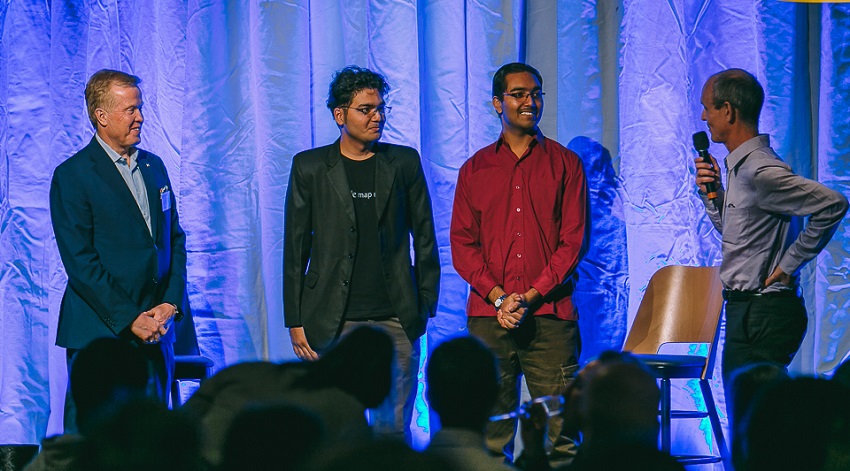