Over the last decades, we have become used to a steady progress in the production results of the poultry industry in general but in chicken meat production in particular. This development is certainly a success story that continues to move forward the same unstoppable path of improvement both for production and for the demand of poultry meat and egg. There are many factors driving this progress. Farms and companies involved in this industry will continue to participate in this promising future provided they are able to evolve at the same pace as the technological evolution.

The genetic evolution of broiler chicken is a determining factor in this success story. There are several publications showing the amazing progress made by genetics companies in the last 60 years. The analysis of improvements in production gives proof of a job well done, but also should help us to understand the problems that modern poultry production faces.

A higher carcass yield, as shown in table 1, means that there has been a greater increase in nutrient demanding parts (muscles and bones) in relation to supply tissues (cardio-respiratory and digestive). The modern chicken has greatly increased its growth capacity (more and faster weight gain), but their digestive and respiratory systems are proportionately behind in this development. This means that the tissues responsible for providing the resources for growth are under pressure, which increases the chance for dysfunction and disease (Ascites, thermal stress, enteric problems). The case is particularly complex for the digestive system because it is responsible for digestion and absorption of nutrients, but it is the main immune organ as well. An optimal and fast development of the digestive tract is a key factor for good utilization of feed and prevention of enteric problems.

GROWTH AND INTESTINAL DEVELOPMENT
Already in the last third of the incubation period, the development of the digestive tract exceeds other embryonic tissues. This faster growth, both in length and diameter, remains during the chicken first days of life. The intestinal mucosa is part of this fast development by increasing between 3 and 5 times the volume of the villi. In the first few days of chicken life, the digestive system develops faster than the rest of the body. The development of digestive structures goes along with the activation of their functional capacity. Enzyme activity increases rapidly in the first week of life but not in a homogeneous way. The presence of lipids and proteins in the yolk sac may explain an earlier development of lipases and proteolytic enzymes. There are studies that show a close relationship between the presence of enzymes produced by enterocytes (sucrase and glycosyltransferase) with the number of enterocytes or the size of the villi. Amylase, lipase and trypsin substantially increase their presence among the days in the first week of life and continue to grow rapidly until day 14.

MICROFLORA
It is known that the gut of newly hatched chickens has a virtually nonexistent microbial load. After hatching the colonization of the gut by different groups of bacteria happens very fast and the profile of the populations that constitute the microflora varies depending on age, intestinal section, type of diet, etc.
Already in the first day of life there are bacteria counts up to 108 CFU / g in ileum and 1010 CFU / g in the cecum, while the maximum populations are established around one week later: 109 CFU / g in ileum and 1011 CFU / g in caecum. However, the type of bacteria populations is not stable before day 21 in the small intestine or day 40 in caecum, where microbial load is greater and more diverse.

The interaction between the microflora and digestive tract development and functionality is rather clear and includes aspects such as active participation in the digestive processes, control of potentially pathogenic microbial populations, development and epithelial repair and local immune responses. It is important for proper development of birds to maintain a healthy and balanced intestinal microflora from the first day of life. To illustrate this relevant point, populations of E. coli and Streptococcus in feces of chickens can already be detect 2 hours from hatching, thus promoting good bacteria to settle since the very first hours of life can be crucial.

DEFENCE AND INFLAMATION
The intestines are particularly susceptible to external aggression. Together with feed, pathogenic bacteria, protozoa, fungi, mycotoxins, and other elements that pass the digestive tract are a constant challenge through the entire life of the birds. These threats can be more dangerous in the early days of life, when the chick is subjected to a period of fasting before reaching the fattening farm. This forced fasting is associated with a delay in the process of maturation of the intestine and even with lesions in the intestinal mucosa that limit the production results and increase the risk for sickness. To reduce the negative impact of fasting, minimizing injuries and promoting the development of the intestinal mucosa become critical factors for an optimal start of the flock. We can consider the fact that as much as 75% of the immune cells in the birds are found in the small intestine, to be an indicator for the importance of a healthy and well protected digestive tract.
Despite all natural defense mechanisms, enteric problems are the main concern in intensive production. This concern is reinforced by the progressive limitation to the use of antibiotics. That is why digestive health, in its broadest sense, has become the main priority in livestock production.

BUTYRIC ACID SUPPLEMENTATION
The use of feed additives to support intestinal development is common practice nowadays. Among them butyric acid plays a prominent role for its unique properties that have been scientifically proven in the field of digestive health. The effects related to the inclusion of butyric acid in the diets of animals are known since many years. They include: the positive role on the development and repair of the gut wall, modulation of the microflora and modulation of inflammation.
Perstorp has introduced ProPhorceTM SR as the most efficient butyric acid solution with optimal handling properties. Due to the esterification with glycerol, the product is free of the unpleasant butyric acid smell. The esters are also able to bypass the stomach so they will be fully available at intestinal level. With ProPhorceTM SR, animals will get the extra support needed to perform, especially when their intestine are under a lot of pressure. 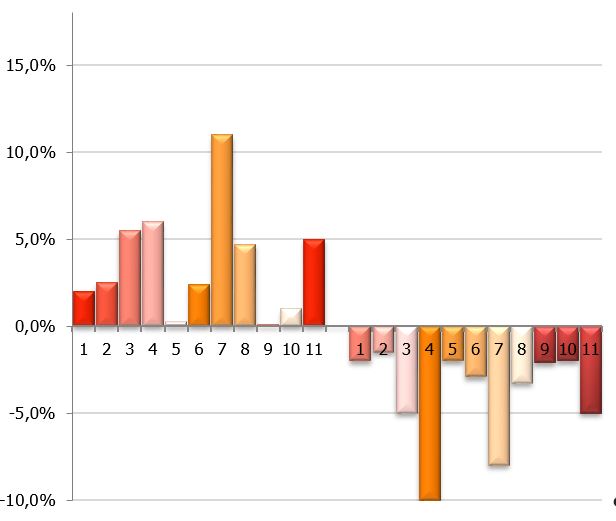 Graph 1. Effects of ProPhorceTM SR on broiler performance under different circumstances all around the world.